I was raised with four brothers and it didn’t take me long to realize that I had better establish dominance. I was the alpha dog and although the title was not official, I was the Boss. But that was a long time ago, and circumstances have changed a great deal. Even though I no longer feel a need to be anyone’s boss, I guard my autonomy. I am still watchful for any person or circumstance that may hold power over me.

For this reason, I keep an eye on fear. I do so because I know how fear can be a force of power that–left unchecked–can influence my words, actions and choices. Fear would be the boss of me if I let it, and I just know that I am not at my best when I am not the boss of my own life.

No where else is it more clear how fear can influence us than at end of life. I personally have faced the fear of death and dying, and although I can not say that I have conquered it–I have tamed it. I have done so by staring it down, learning all about it, and accepting it for what it is. I have asked the hard questions and remained open to the possibilities of the unknown and unknowable aspects of death.

I also love to learn about other’s perceptions about death and dying–and there are plenty of them– and they vary according to the particular aspect being addressed. To look at death is not the same as looking at dying. Then there is the subject of after life, which is a different topic altogether.

I recently heard a very interesting talk on the subject of the fear of death on YouTube by an author, visionary philosopher, evolutionary mystic, social innovator, and president of the Center for Integral Wisdom, Dr Marc Gafni. He spoke of the four fears of death.

According to Dr Gafni, the first fear of death is the fear that there will be nothing after death. He says that we humans have no experience of “nothing”. We literally can not comprehend nothing, and for this reason alone–we may experience fear if we believe there is nothing after life here on Earth in human form.

The second fear Dr Gafni mentions is what he refers to as “Fear of Accountability”. This fear refers to a concern about being held accountable for one’s actions in their life. Think “judgement day”.

The third fear is the fear of failed significance. I interpret this to mean that the person fears that their life did not matter as much as it could have. Perhaps the person feels that she failed to live up to her potential, to live authentically, or failed to give the gifts she came to give.

And the fourth fear mentioned in the video is the fear that life was not fair and just. He argues that from a very young age, we humans believe in fairness and justice, without having to be taught these values. And that none of us will be at the end, feeling that our life was always fair and just.

The title of this YouTube video is, Don’t Look Up We’re All Gonna Die : The Key Seven Inner Knowings of Immortality. In addition to discussing fear, Dr Gafni also gives compelling evidence that life continues beyond death. I highly suggest that my reader go to the One Mountain Many Path’s YouTube channel and watch this video for yourself. It is dated January 27, 2022 and is 44:46 minutes. And if you enjoy this type of teachings, go to their website at https://www.onemountainmanypaths.org

I leave you with this challenge; be your own boss. When thoughts of death and dying come up, throw your head back, place your hands on your hips and have a hardy laugh in the face of death. Why not? What will death do to you? You can only die once!

WHAT HOSPICE IS NOT 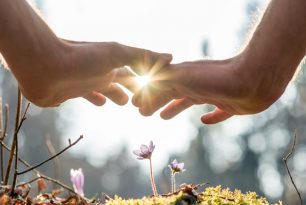 Help at the End of Life

MY BODY AND ME

You can find out more about which cookies we are using or switch them off in settings.

This website uses cookies so that we can provide you with the best user experience possible. Cookie information is stored in your browser and performs functions such as recognising you when you return to our website and helping our team to understand which sections of the website you find most interesting and useful.

Strictly Necessary Cookie should be enabled at all times so that we can save your preferences for cookie settings.

If you disable this cookie, we will not be able to save your preferences. This means that every time you visit this website you will need to enable or disable cookies again.